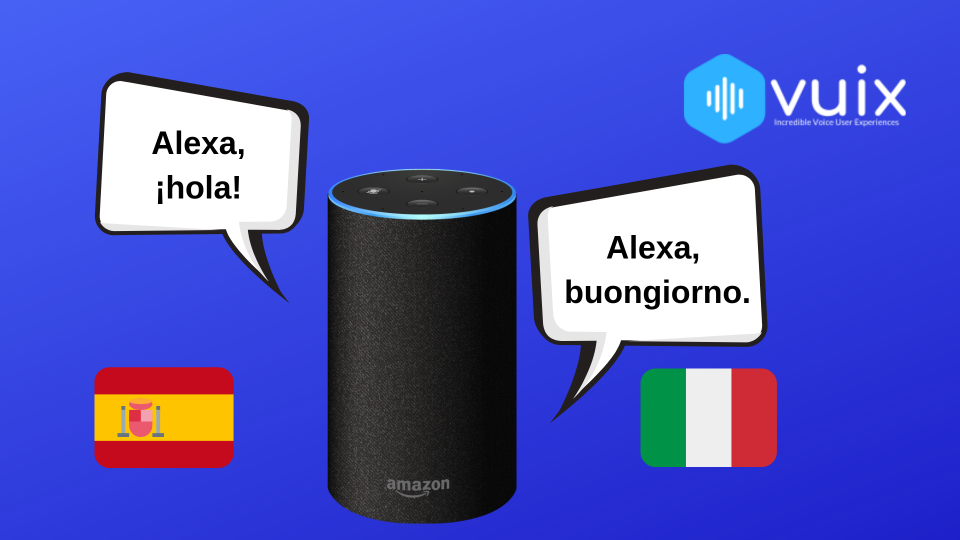 Amazon is bringing Alexa and Echo devices to Spain and Italy, months after it announced support for Spanish and Italian languages for its digital voice assistant.
Amazon is now officially selling Echo devices in Italy and Spain, and there are dozens of local Alexa skills from various developers ready to go.
Users will be able to make use of Alexa skills from regional brands such as RAI, Giallo Zafferano, BTicino, Televisión Española, Renfe, EL PAÍS.
Alexa-enabled products from Sonos, Bose, Harmon Kardon, and more will now be able to support Spanish and Italian.

Amazon is now officially selling Echo devices in Italy and Spain. In Vuix we are working hard to enable the deployment in minutes of alexa skills prototypes.

Currently, Alexa can only speak and understand English, Spanish, Italian, German, and Japanese.
Most of its growth has been in English-speaking countries.
At the moment Apple’s Siri leads the pack with support for 20 languages, while the Google Assistant speaks 16, and Microsoft’s Cortana speaks over seven. Google claims by the end of this year, its assistant will be able to support over 30 languages. Meanwhile, voice assistants in China trail behind, as most by companies like Baidu and Xiaomi can only speak and interpret Mandarin Chinese, and not even other dialects of Chinese, underscoring how difficult it can be to train an AI in multiple complex languages.

Amazon Echo can already be preordered with availability from the 30th of October. And we in VUIX are almost ready to launch the next great feature of the platform: in a few days you can publish your voice app in a few seconds on the Alexa Skills Store, directly from Vuix. All on one platform. From design to deployment.
Here a preview that we stole from our development team. 😉